Who better to guide an emerging “new economy” than Bob Massie, the celebrated former executive director of Ceres–among the first organizations to bring together the business, investment and activist communities for a sustainable future—and a father of the Global Reporting Initiative (GRI) that continues to transform how companies conceive and report sustainability initiatives?

In his new role as president of the New Economics Institute (NEI), Massie is bringing to bear the full scope of his wide professional experience and personal strength—as leader of those groups, as well as business professor, Episcopal minister, apartheid rights activist, political veteran (most recently in his race for the Democratic Senate candidacy in Massachusetts), and healthy survivor of hepatitis, HIV and a liver transplant, recounted in his new book A Song in the Night.

That depth of character and breadth of action will likely be needed to help lead a fledgling movement that, up to now, may have been viewed by skeptics as something of a populist sideline.

I caught up with Massie—one of my longtime heroes in the business sustainability movement–in June at NEI’s first conference in upstate New York, which brought together economists, academics, business leaders, government officials, community organizers and others to examine what’s not working in our economy—as well as experiments that are working–and what role business and finance, in concert with other sectors, can play to help create positive change.

So what is the new economy? “It’s a way of thinking about our planet…our society…our lives as a whole,” explains Massie, adding that we want a system where “human beings can flourish, [that] advances justice, safety, diversity, prosperity, sustainability, democracy, health, and joy….[where] we are more than our individual consumerist impulses.”

That doesn’t sound all that different from what many business leaders have expressed through groups such as Business for Social Responsibility and the World Business Council on Sustainable Development, and what they seek to embed within their companies via “green teams” and other employee engagement programs that encourage community service and other proactive sustainability measures.

So how is NEI’s approach different? Massie refers to E.F. Schumacher, the influential economist and author, for whom NEI was originally named. “In the Schumacher papers, you find lots of material on local, decentralized business,” says Massie. “One thing that means for medium- to large-scale business, and even members of my board made up partly of economists, as well as for systems on a large scale, is that we have work to do.

“There’s strength at the larger scale, the small scale, the mid scale and in international partnerships, so first we’ll work with the legacy, and then the role of the economic institution is to work with others, bring them together for discourse on how to work on the mid-level, national and international corporate scale. BALLE, with 30,000 small businesses around the country, is one organization I want to work with.”

The NEI argues that the current system is out of balance, which seems plain enough to anyone following the headlines about world economies on the brink of collapse. It’s evident in the financial markets, where, Massie notes, a few people may have “lacked an elemental moral compass,” but most act “because the system — particularly our failed system of economics and finance — drove them off course..…enhanced by false models of business that focus on consumption, short-termism, gimmickry, and greed.”

It’s not hard to acknowledge that something’s out of whack “when even the business community and the financial press understand that capitalism is stumbling,” Massie, a Harvard Ph.D. in business administration, continues, pointing out that Klaus Schwab, founder of the World Economic Forum, said in his opening speech in Davos earlier this year that we’re witnessing “the end of capitalism,” which must give way to an era of innovation.

Says Massie: “Do not be mistaken. There are many thousands of business leaders and investors at all scales who want to align their actions and their decisions with the goals of the new economy.”

It’s one thing to acknowledge—even from the C-suite—that something’s amiss, especially when formerly stalwart financial institutions and markets worldwide are faltering. But it’s another thing to build a “new economy,” actually change the system without creating even more imbalance. More important, how can business change course so as to live in harmony with human and environmental health and well-being?

Massie says there are four key pillars to NEI’s strategy: developing new theory, building local examples, communicating existing information to much broader circles, and catalyzing change among different parties. “We are in the nursery of the new,” he says. That means inventing new forms of practice; building the foundations for systems that bring us all the benefits of prosperity without the suicidal consequences of growth; and “expanding the definition of wealth so that we recognize that what we own, monetize, and trade is only part of what makes us rich.”

Explains Massie: “We are in the nursery of the new…inventing new forms of practice…building the foundations for systems that bring us all the benefits of prosperity without the suicidal consequences of growth…expanding the definition of wealth so that we recognize that what we own, monetize, and trade is only part of what makes us rich.”

He adds: “We are completely rethinking the systems of accounting in order to recognize that business depends on and produces many forms of capital — not just financial capital.”

So how do we get from here to there? Massie uses the analogy of the women’s suffrage movement, which took 72 years from the Declaration of Sentiments in 1848 to the point where women were granted the right to vote in the United States. “Many who fought for that right did not live to see it realized. But they had believed. And because of their leadership we are continuing to fight to advance the equality of women in the United States and beyond.”

As for the New Economy, he says: “We don’t have 72 years…[but] everything is in motion… everything is at stake. In agriculture, food, and energy. In money, banking, and finance. In technology, the environment, and medicine. In our homes, communities, and cities…in how we build…in how we buy, …sell, and consume.”

So what lies ahead? Says Massie: “Imagine what the future could be like. We could live in a nation which rejects the carbon fuels that are drawing us towards planetary death; we could draw instead from the power on which the earth itself thrives: the brilliance of the sun, the force of the wind, the strength of the seas, and the heat of the core…a nation in which our food is reliable and safe, grown by strong interdependent regions using sustainable methods…a nation in which our people are happier, our cities more vibrant, our jobs more satisfying, and our time more our own…a nation in which the great advances in technology and communication lead to similarly great advances in equality, health, and prosperity..”

He adds: “The new economy is not far away.” And if his past achievements are prologue, with Massie at the helm, NEI will find the path there, sooner rather than later. 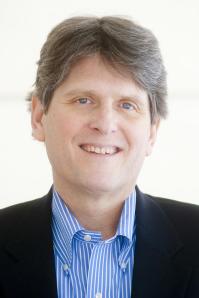